In Defense of Cowards….

“The world is not fair, and often fools, cowards, liars and the selfish hide in high places.”  - Bryant H McGill

I know this is a bit of a dated reference, but think back to the movie A Few Good Men with Tom “Starship-Crazy” Cruise and Jack Nicholson. Aside from the obvious problems 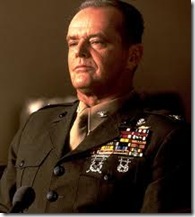 that would be present in a reality where Jack Nicholson was in charge of Gitmo, the movie does bear a striking resemblance to the world in which we now find ourselves. Remember how scared the two Marines standing trial became when they were forced to accept the fact that those who outranked them were far less loyal to the Corps and it’s principals than they were? They were terrified, yet they still acted in accordance with the laws of “their corps.”

That’s a loyalty and a bond that only those who have served will ever truly understand and even many of those simply enjoy it without understanding. The actors who played the roles of the two Marines in the film were allowed to go home and enjoy the fruits of their terrific performances. The five soldiers who were recently discovered to have been involved in the accidental burning of Qurans in Afghanistan are not afforded such luxuries. Reuters reports that senior clerics in Afghanistan, speaking in statements made via Afghan President Hamid Karzai’s office, have said that “U.S. apologies will never be accepted. Those who committed this crime must be publicly tried and punished.” Now, I don’t know about you, but I just have a really hard time imagining our boys getting any form of “innocent until proven guilty” in an Afghan courtroom. Does that make me racist? I don’t really care any more.

Can you imagine being one of the five soldiers involved? You’ve seen the spotty videos of the throbbing crowds all over the dusty, dirty, primitive country….imagine being the one they are all mad at. Really try to picture the emotions you would be going through today. Luckily, our military has trained away a lot of the fears a normal American would be feeling, but do you honestly believe that you would be courageously confident if your feet were stuffed into the dusty, worn combat boots of one of those five soldiers? I think even great writers like Thor, Baldacci, and Flynn would have a tough time guiding their famed characters through the maze of the fear that must be going through the minds of those soldiers. They hear the throngs of rioters outside the gates of their bases. They see the increased level of alert on the faces of their brothers. They hear the reports of soldiers dying as a result of their unintentional actions but they don’t get any reprieve. Can you imagine being in their shoes? Now, can you imagine being in their shoes and believing that the executive level of United States Government cares about you? The libs will say that I’m just being hateful, or racist, or unfair, or a right-wing nutjob, or any of the other clever names they throw at us to avoid discussing anything that makes the Immaculated One look bad but the fact is that they are defending Barack Hussein Obama from the comfort of their climate controlled homes, in the safety of their own familiar 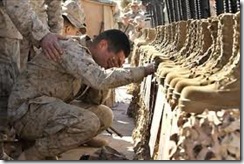 geography, with a significantly fewer number of rioting Muslims outside the borders of their neighborhoods. Those who say Barack Obama was right to apologize are simply wrong. Obama’s apology has fueled the mobs. His apology has emboldened the Muslim world and they now believe that we will just hand over our soldiers to be tried in their primitive, hateful, version of justice. This cannot be allowed to happen.

For too long our military has been asked to carry out the missions politics won’t permit. Obama is the commander of the military yet when their actions offend, or in some way hurt those who support campaign, he can’t distance himself fast enough. Our military deserves better. Our military deserves leaders who suffer right alongside them and look for solutions that keep America first, not poll numbers. I’m assuming that the soldiers receiving the brunt of the backlash for this accident are not above the rank of  Lieutenant. They are most likely E-4’s or lower. At that pay-grade, in an already hostile environment, orders are not questioned. Orders are followed regardless of how it may look. A commanding officer tells you to incinerate a pile of books, you don’t look through the pile of books and take out the ones you think might be in there by mistake! Should the Qurans have been spared? Sure. Should the prisoners at Parwan Detention Facility be allowed to use the Qurans provided to them by US Taxpayers to communicate their handwritten extremist messages but then cry foul when someone else desecrates it? I for one could not be more sick of hearing about our soldiers dying in the name of protecting Muslim sensitivities. I’m willing to bet there were a few Bibles burned in the World Trade Center. Anybody ever apologize to us for that? Had there been a pile of Bibles on any of the planes used in the cowardly acts of September 11, 2001; would they have landed the planes out of respect for Christianity?

We discuss politics and poll numbers while our soldiers stare down the enemy wondering if they will be forced to pull their trigger. We 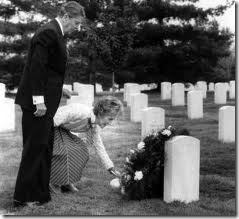 enact laws that support the needs of the most vocal and well represented - soldiers defend our right to do so. We worry about the price of gas while they sleep in a hole in the dirt. We stand silently by as our President apologizes before an investigation has even concluded. We apologize for accidentally burning a pile of discarded rubbish seized from prisoners, yet our soldiers are forced to standby and watch as the American Flag is burned daily. I understand that the Quran is their Holy Book, but as liberals love to point out, the United States is NOT a Church-state. In our country, the flag is just as important as the Quran is to them. Especially among the military. I have absolutely zero respect for our current President but I will get down on a knee and pray to the one true God that Barack Hussein Obama respects the military enough to fight tooth and nail to avoid an Afghan trial. Any of those five soldiers would take a bullet to protect the President. Not to protect Barack Hussein Obama,  but to protect the United States President. There’s a BIG difference. It’s a difference that those soldiers most assuredly understand but one that seems to elude the logic of Papa Barry.

As always, thanks for playing and have a great weekend. 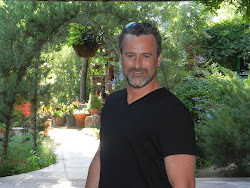 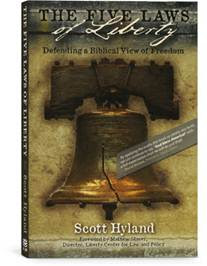 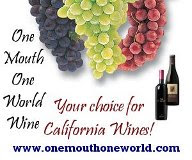